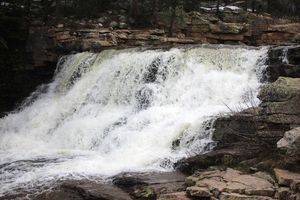 "Gerrymandering" is the process of drawing the boundaries of legislative districts so as to favor one party over another. It typically takes the form of "cracking" (spreading the voters of one party over multiple legislative districts so that their votes are diluted) or "packing" (placing many voters from one party into a single district so as to reduce their influence in other districts), but there are also other ways that the party in power in the state legislature can manipulate boundaries in order to put other parties at an unfair disadvantage. Gerrymandering has been described the legislators choosing the voters instead of the voters choosing the legislators.

Beyond the simple fact that gerrymandering is unfair, it has another, even more pernicious effect. Gerrymandering tends to produce many districts that are "safe" (not competitive) for one party or another. When most of the districts held by a party are "safe," then the elected officials tend to become more extreme, because the real election in each district happens at primary time, not in the general election. The eventual winner does not need to represent all the voters in the district, just the primary voters of his or her party. Primary voters tend to be much more extreme than voters in general. After a while, the voters of the losing party in the district may even lose interest in the political process and stop voting because they feel (not without reason!) that their votes do not matter.

I promise that in Congress I will vigorously oppose gerrymandering, even if that means introducing a constitutional amendment to ban it.

Gerrymandering can be countered by using non-partisan commissions to draw district boundaries. District boundaries should be drawn in such a way that the districts are compact (not all spread out) and do not unnecessarily split political divisions such as cities and counties.

If you want to see gerrymandering in practice, just take a look at the boundaries of the congressional districts in Utah.

Also see this article, Don’t ruin the essence of Proposition 4, which explains how the citizens initiative establishing a boundary commission in Utah was watered down by the legislature.