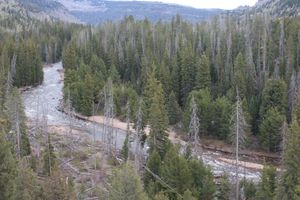 This is an example of how it can go when police confront an armed suspect. In Murray, a suspect pointed a gun at officers and fired the gun in the air, but the officers did not return fire because they felt they were not in danger. Eventually the suspect was put in custody with no one being injured.

If they had shot the suspect, it would probably have been deemed "justified," but it was not necessary. That should be the standard for police use of force: only when necessary, not just because it could be considered "justified."