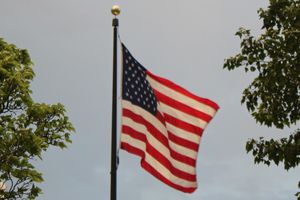 Withdrawal of troops from Germany

The Trump administration has created a plan to withdraw a substantial fraction of the American troops stationed in Germany. This would be a stunning strategic error. It is also an example of how Congress has abdicated its responsibility to fully exercise its constitutional duty to establish the laws that the executive branch merely carries out. It should not be up to the discretion of one person, the President, to determine the disposition of United States forces during peacetime.

Troops have been stationed in Germany since the end of World War II. At first they were an occupying force, but with a few years their role transitioned from a mixture of occupation and deterrence to one of deterrence alone. At the time, Europe and the United States were threatened by an expansionist Soviet Union, and they continue to be threatened by an aggressive Russia that would like nothing better than weak neighbors.

The administration has focused on the fact that many European countries do not fund their defense to the level agreed to within NATO, the North Atlantic Treaty Organization, of which the United States is a founding member and a guiding force. Unfortunately for us, the administration seems to be focused solely on money and not on the strategic benefit that the United States derives from troops positioned in Europe. If the United States is someday forced to fight Russia, it will be much better to do so in Germany than in Boston or New York. If Europe were to fall to Russia, or even to be cowed into submission by an aggressive Russia, the United States would be much worse off.

The administration is right to highlight the fact that Germany and others are not fully living up to their commitments to fund our common defense, but unilateral withdrawal is not the answer. Several recent administrations have worked with our European allies to increase their defense spending. Continued efforts in this direction would be a much better option.

Congress was not even officially informed of this plan. As your representative in Congress, I will work to strengthen Congress’s hand in dealing with the executive branch, no matter which party is in power. I will also work to provide meaningful oversight of the administration, regardless of the party in the White House.