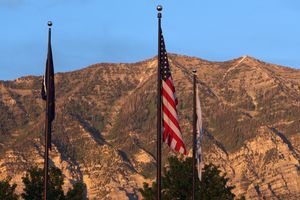 Use of excessive force by police (summary)

Videos from smartphones show what many of us don’t think much about: some police officers are harder on minorities, especially African-Americans, than they are on the general public. Recently we’ve seen proof that people are sometimes killed for no good reason. This must stop.

It is important to support the police, not by refraining from criticizing them, but by:

In many police departments, there is a “blue line” that officers fear to cross. They do not speak up when other officers cross the line because they know that they will be punished rather than rewarded for doing the right thing. For example, we are just learning that in 2006, a black police officer in Buffalo, New York, intervened when her partner had a suspect in a chokehold and was in danger of killing him. Rather than be rewarded for saving a life, she was fired one year short of completing the twenty years of service required for a pension. Changing this kind of culture will require sustained effort by cities, and will be uncomfortable at times, but that is the only way that the situation will improve.

Police officers are heroes. I define a hero to be someone who takes personal risks and is willing to sacrifice a lot, sometimes even his or her life, for the good of others. We must support the heroes, but at the same time, we cannot tolerate the excessive use of force in the name of protecting the community. Our support must take the form of praise, honor, and appreciation, but also the training and tools necessary to do the job the right way.

The time is overdue for significant change in policing in America. Unfortunately, there will be no quick fix. Progress will require sustained effort over a number of years. The result, however, will be greater confidence in the police by all citizens, safer communities, and greater appreciation of the police and their sacrifices.

Failure to act is not an option. In a democracy, voters get the government that they deserve. In the long term, voters are responsible for the actions of their government. As former president George W. Bush recently said, “Achieving justice for all is the duty of all.”