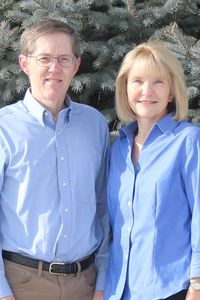 Thomas G. McNeill has lived in Utah for over thirty years. He earned B.S., M.S., and Ph.D. degrees in computer science from Brigham Young University. He currently works in the software industry in Utah County.

Thomas's family owned three small-town newspapers in Texas and a weekend cattle ranch. Thomas grew up working at the newspaper during the week and then evenings and weekends on the ranch. At the newspaper, Thomas started as the custodian. Thomas learned many facets of newspaper production during the summers when he would substitute for the other employees when they went on vacation. Among other things he set type, proofread, pasted up ads and newspaper pages, took football pictures, and spent many hours in the darkroom.

After a mission for the Church of Jesus Christ of Latter-day Saints to Mexico, Thomas started a newspaper software business and earned enough money to pay for his Master's degree. Thomas knows what it means to run a small business.

Thomas was a delegate to the Utah Republican state convention in 2014 and 2015, but by 2017 Thomas felt that the Republican Party had left him behind, and he became a member of the United Utah Party.

Thomas lives with his wife, Diane, in Orem. They have two married children and a son with Down syndrome who lives in an apartment with two other men who have special needs. 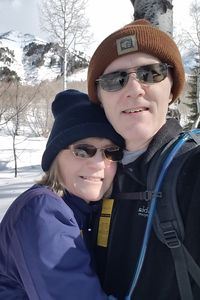